Singer Skales has responded to music critic Osagie Alonge‘s tweet where he decried the singer shooting a street video “because Olamide just did”.

He shared screenshots from both videos that had similar scenes and wrote: 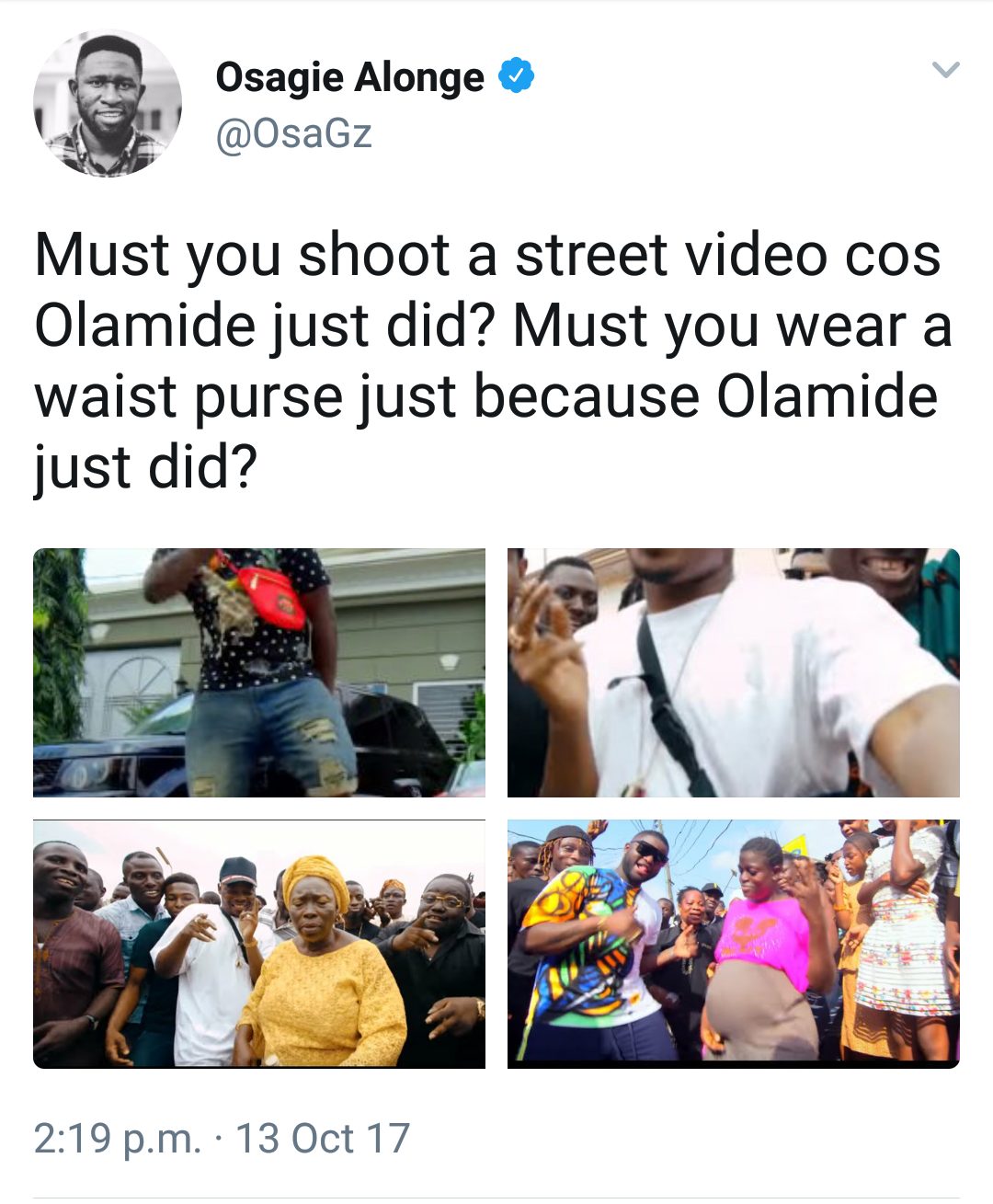 Skales responded saying:
@OsaGz U just f**ked with the wrong person make I no run into you ….. I go reconstruct that ur ugly krokro monkey looking face …hater
My ppl it’s time 2 stop payn attentn to ds f**k boy @OsaGz …he is not a real critic ..he is a ass kisser and a punk……
See below: 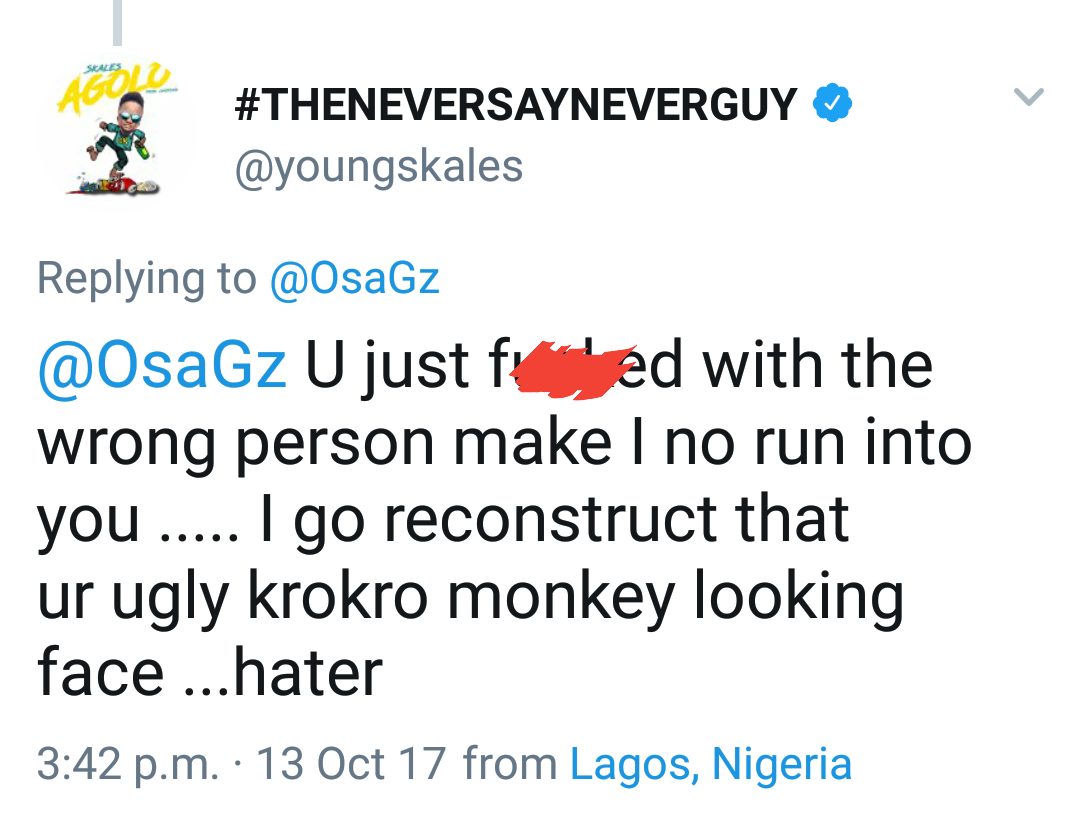 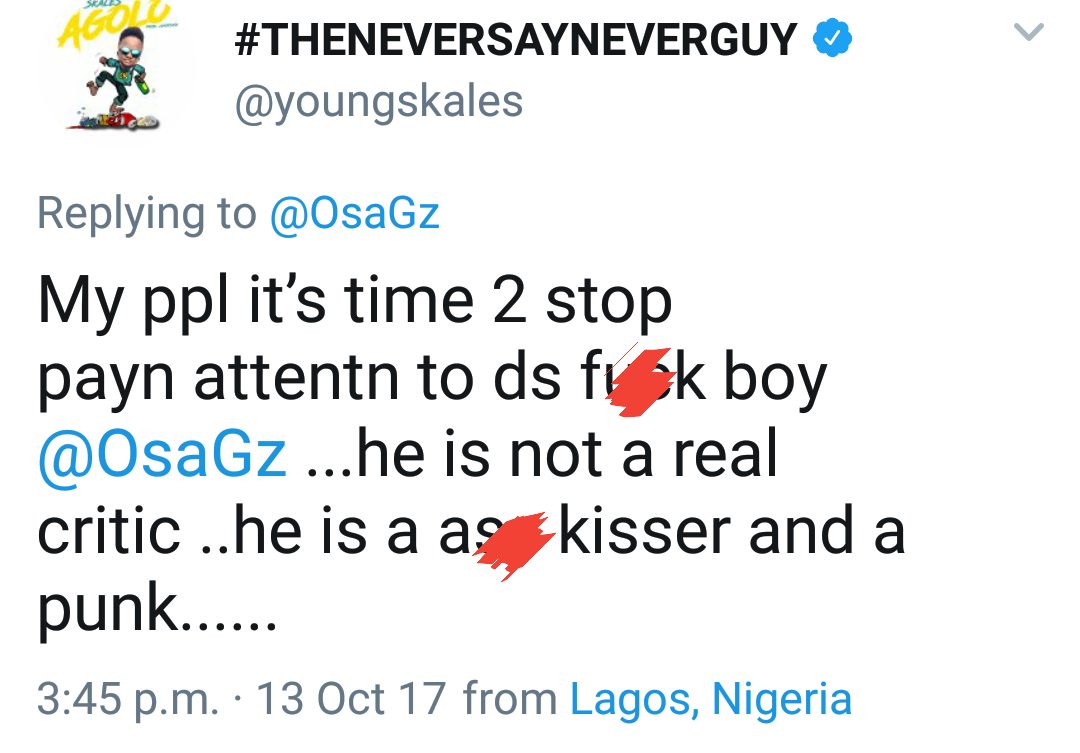 Noble Igwe also shared his thoughts on the issue, saying “I don’t think it’s fair…. Everyone has shot a street video.” 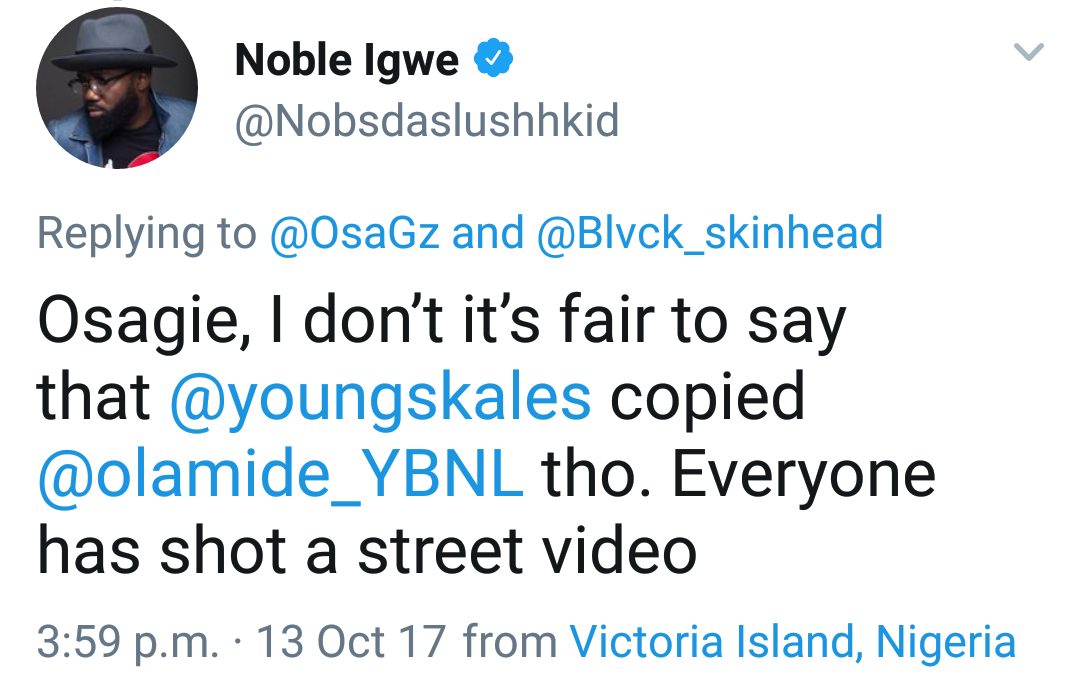 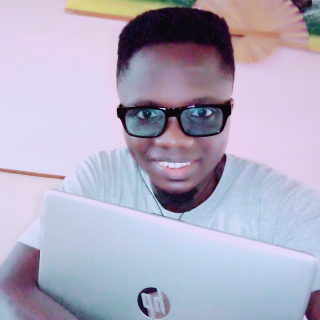